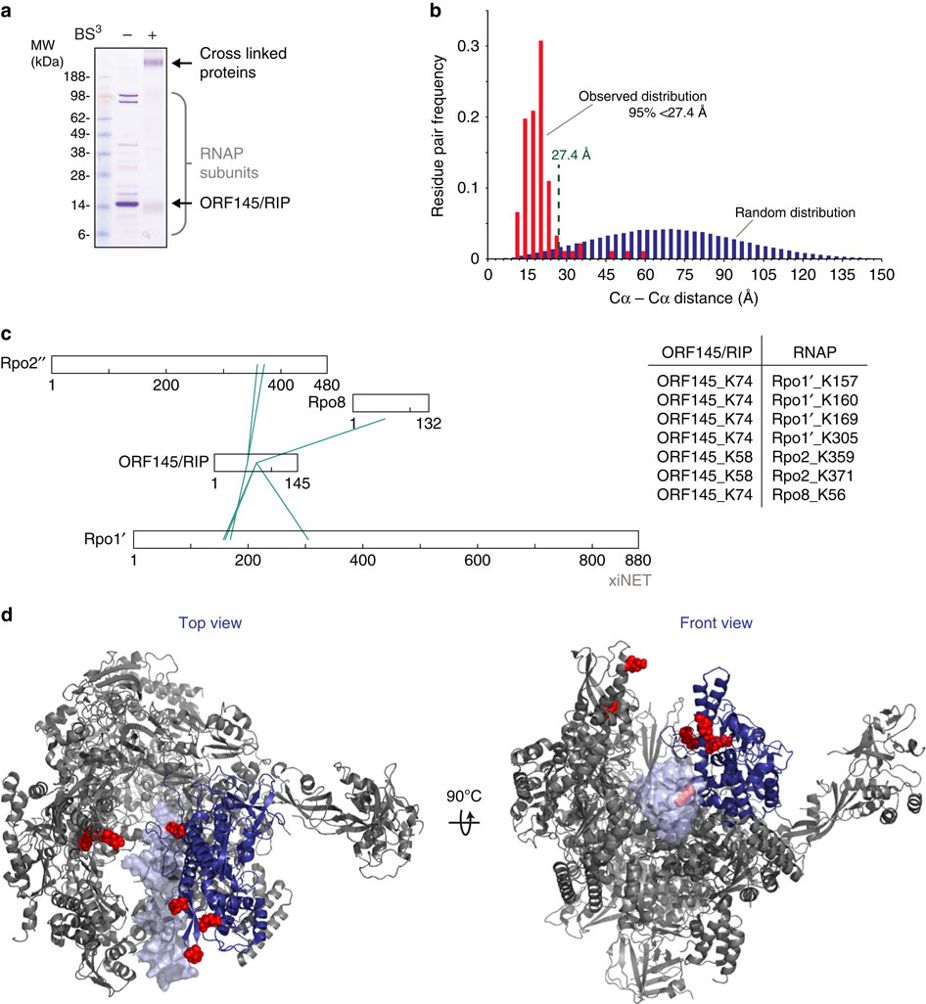 Little is known about how archaeal viruses perturb the transcription machinery of their hosts. Here we provide the first example of an archaeo-viral transcription factor that directly targets the host RNA polymerase (RNAP) and efficiently represses its activity. ORF145 from the temperate Acidianus two-tailed virus (ATV) forms a high-affinity complex with RNAP by binding inside the DNA-binding channel where it locks the flexible RNAP clamp in one position. This counteracts the formation of transcription pre-initiation complexes in vitro and represses abortive and productive transcription initiation, as well as elongation. Both host and viral promoters are subjected to ORF145 repression. Thus, ORF145 has the properties of a global transcription repressor and its overexpression is toxic for Sulfolobus. On the basis of its properties, we have re-named ORF145 RNAP Inhibitory Protein (RIP).