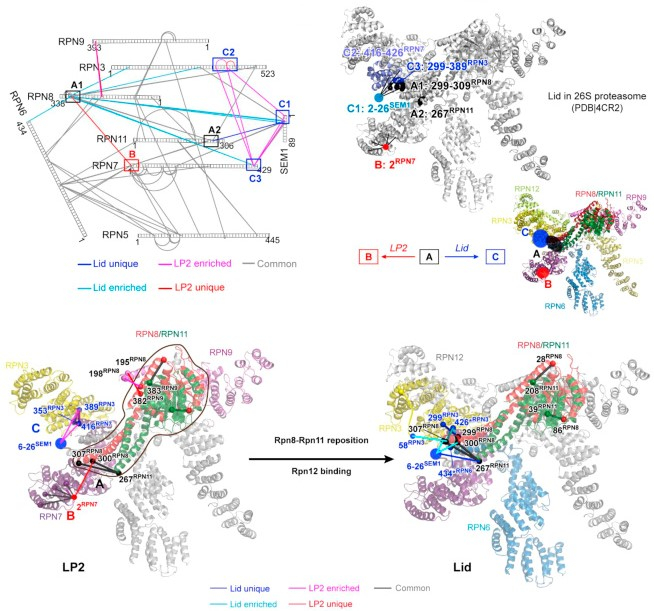 Most short-lived eukaryotic proteins are degraded by the proteasome. A proteolytic core particle (CP) capped by regulatory particles (RPs) constitutes the 26S proteasome complex. RP biogenesis culminates with the joining of two large subcomplexes, the lid and base. In yeast and mammals, the lid appears to assemble completely before attaching to the base, but how this hierarchical assembly is enforced has remained unclear. Using biochemical reconstitutions, quantitative cross-linking/mass spectrometry, and electron microscopy, we resolve the mechanistic basis for the linkage between lid biogenesis and lid-base joining. Assimilation of the final lid subunit, Rpn12, triggers a large-scale conformational remodeling of the nascent lid that drives RP assembly, in part by relieving steric clash with the base. Surprisingly, this remodeling is triggered by a single Rpn12 α helix. Such assembly-coupled conformational switching is reminiscent of viral particle maturation and may represent a commonly used mechanism to enforce hierarchical assembly in multisubunit complexes.